Once upon a time, women didn’t have the right to vote or drive… Today, after years of fiercely fighting for women’s rights, individuals are still challenging, inspiring and innovating their communities every day to be a strong force for change.

At the 30th Annual ATHENA Awards Celebration, we will gather to celebrate these individuals. The ATHENA Leadership Award is presented to an outstanding leader who is honored for professional excellence, community service and for actively assisting women in their attainment of professional excellence and leadership skills. Thirty amazing individuals have received the prestigious ATHENA Award in Grand Rapids.

Congratulations to Peggy Murphy, the recipient of the 2019 ATHENA Leadership Award!

Peggy Murphy CPA, CGMA has been a trusted advisor to women business owners for 35 years. She assists them in purchasing/starting, financing, and growing their businesses, managing through economic downturns, and planning for succession or sale. Peggy developed training programs for women business owners and was instrumental in launching Athena in Grand Rapids in 1989! Peggy has been an owner in CPA firms since age 25, gaining firsthand experience in operating a business and guiding other women in the firm. She has served numerous community organizations including Grand River Bank, GR Civic Theater, GR Economic Development Corporation, AWE and GROW.

Mayor Rosalynn Bliss became Grand Rapids’ first female Mayor when she took office on January 1, 2016. She previously served as a Second Ward City Commissioner for 10 years. Mayor Bliss is Grand Valley State University’s endowed chair for the Frederik Meijer Honors College. She earned bachelor’s degrees in psychology and criminal justice from the University of South Alabama and a master’s in social work from Michigan State University. She serves on several local, regional and statewide boards and commissions, and has been recognized for her leadership in both child welfare and public service.

Sandi Frost Steensma is President and Founder of Kennari Consulting, a non-profit consulting business specializing in annual fundraising, capacity building and endowment fundraising. Sandi has more than 25 years of experience in successful fundraising, serving as a consultant and/or serving agencies as Development Director and/or Executive Director. She worked as a consultant for Monaghan Associates for eight years and served Hospice of Michigan as statewide Corporate Director of Development and as Executive Director of the Grand Rapids office. In addition to achieving her CFRE nearly ten years ago, Sandi was named to the Kellogg Foundation Action Lab College of Consultants.

Sandra Gaddy is the CEO of Women’s Resource Center, an organization which began 1973, whose mission is to equip women to achieve purpose, fulfillment and financial stability through meaningful employment. She previously served as Vice President of Advancement for Inner City Christian Federation, and Chief Communication and Development Officer for Mel Trotter Ministries. Prior to her nonprofit work, Sandra spent 15 years in banking including serving as Vice President of Business Banking and Wealth Management. Sandra’s professional and community activities include: Hope College Board of Trustees and Executive Committee; Michigan Non-Profit Association (MNA) Board of Directors; Grand Rapids Black Women Connect Council, Vice-Chair; Inforum of Michigan Regional Council; and member of Delta Sigma Theta Sorority Inc., Grand Rapids Alumnae Chapter.

Michelle Rabideau is a national leader in philanthropy, raising more than $100 million for various organizations over 20 years. She is currently President of Saint Mary’s Foundation, the philanthropic arm for Mercy Health Saint Mary’s. Michelle serves on the Michigan Women’s Foundation and National Kappa Delta Foundation boards, and was Governor-appointed to the Michigan Community Service Commission. She served two terms in public office on the East Grand Rapids Public Schools Board of Education. Michelle has been recognized as one of “50 Most Influential Women in West Michigan” and with the Benjamin Franklin Award for Outstanding Fundraising Professional.

Anissa is a dedicated advocate for children and families with a passion for elevating community wellness and prioritizing equity and inclusion in her work. Anissa currently serves as the Pritzker Fellow for Kent County in a coordinated role with First Steps Kent and KConnect. Anissa has a BSW from Calvin University and an MSW from the University of Michigan. She has worked as a school social worker, an outpatient therapist and an adjunct professor. In addition, Anissa is the Co-Founder of a family-owned business, Malamiah Juice Bar. Anissa lives in Grand Rapids, Michigan with her partner, Jermale, and their three sons.

Amy is currently a Co-owner at Management Business Solutions. Amy started at MBS in 2009 and became co-owner in 2014. Within these last few years, Amy has been able to build a successful team of committed recruiters, develop a thriving internship program, implement policies and procedures and gain the trust of long-lasting repeat clients. Amy’s currently serves on the Aquinas Alumni Leadership Council, YMCA SpartanNash, and The Maria Lida Foundation Board of Directors and actively volunteers in the community. Amy has received the Grand Rapids Business Journal 40 Under 40 Award in 2010, 2012, and 2018 along with the 50 Most Influential Women in West Michigan Award.

Paola R. Mendivil is an award-winning bilingual entrepreneur and successful business owner. Originally from Mexico City, Paola moved with her family to Grand Rapids in 2005. Since then, she has built a reputation as a kind and reliable community leader. As such, Paola serves to instill trust and confidence in others so that they can accomplish their goals. As a Westside resident, Paola is civic-minded, family-oriented, and her life motto is ‘Why Not?’ Paola loves spending time with her husband Alberto and two sons, Alan and Ian enjoying activities during both summer and winter.

Kimberly Van Driel is the Director of Public Space Management for Downtown Grand Rapids Inc. Originally from a suburb of Grand Rapids, she moved to Colorado and Florida to obtain her bachelor’s degree. Kimberly is passionate about activating spaces, with a focus and emphasis on public space. Her experience highlights tactical urbanism, placemaking, art, design, events and programming that capture citizens, endorse creativity and highlight culture and diversity while strengthening connection and empowering people to get involved with their community.

The Center for Women’s Sexual Health was founded in response to the lack of transparency around the nuanced issues that can affect women. Their mission is to help women understand that their concerns are legitimate, their questions have answers, and their lives can achieve the authenticity they often unknowingly crave. With both patients and staff, The Center for Women’s Sexual Health moves every day to encourage, validate, educate, and empower, understanding that women with a healthy sense of self create and build relationships, families, businesses, and communities.

LCS Record Retrieval was founded in 1982 by Paul VanTol with a vision to simplify an attorney’s record retrieval process and provide the best customer service in the industry. LCS is an employee-centered organization with a unique set of company core values: Service, Greatness, Joy, Grace, and Humility. Staff are provided individualized opportunities in their pursuit of professional development and community involvement. LCS also provides equal opportunities for women within the organization to work towards and achieve their professional goals. Currently, LCS is proud to have a leadership team that is 64% women. The LCS philosophy, core values, and development of all staff within the organization is a model of the ATHENA Leadership Principles.

OST is proud to have a leadership team, including their President/CEO, made up of 60% females. OST believes that better solutions are formed when more diverse perspectives are at the table. In the technology industry specifically, OST recognizes the importance of broadening the makeup of their workforce, which is why one of their key objectives is to partner with organizations that introduce women to careers in technology. The company encourages, promotes, and supports their female employees by offering benefits that honor their individual decisions and pursuits, such as flexible schedules, paid maternity leave, generous paid time off, nursing facilities, and a wide range of professional development programs.

Celebrate the end of the week by looking at our updated list of job openings! There's something for everyone.
👇
https://t.co/imWlwfsNQy
#MBS #Jobs #JobOpenings #NewJobs #gethired #findjobs https://t.co/c0cWSIFtIN
View on Twitter 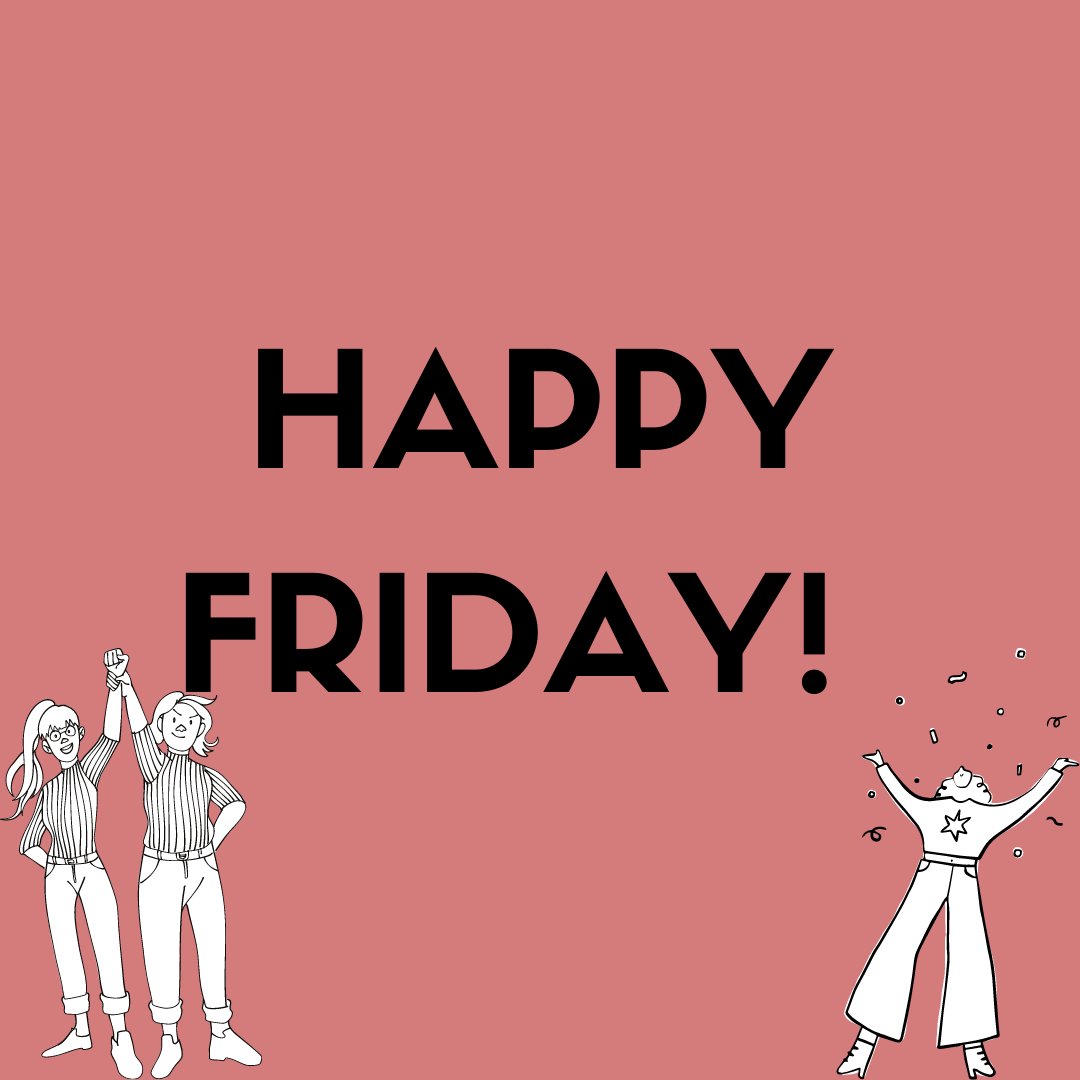 Like numbers? This job is for YOU! Last few days to apply! Assistant Director of Budgets! https://t.co/krIr4JSgYf
View on Twitter
0
0
MBS Jobs @mgmtbsolutions

We are #hiring Accountant in Oshkosh, WI https://t.co/dhI4FnfPxK #jobs #Oshkosh
View on Twitter
0
0